How to do business in Central America?

Establish commercial instances with Central America businesses. To find out their differences and similarities, we consulted 3 of these countries: Costa Rica, Guatemala and Panama. So, what to do for a first meeting with a Panamanian? Give or not business cards to Guatemalans?

If you have business in Central America or are thinking of expanding to this region, it is important to take into account certain aspects, both commercial and cultural. Although they share some similarities, such as formality, closeness, flexible hours at the time of meetings and discreet and non-aggressive negotiating styles, there is always a detail between one country and another that can open or close a door. For this, we chose Costa Rica, Guatemala and Panama . Do you want to know what to do and what not to do? Here’s what unites and separates them when it comes to negotiating.

Guatemala: The most punctual in Central America

It is a medium-sized market with a high elasticity in the demand for consumer products. It fell in the World Bank report, from position 93 to 97. However, it is one of the largest countries in this region, with a population of just over 14 million inhabitants, with 108,889 km² and a GDP (PPP ) in 2011, equivalent to US$73,022 million.

Unlike the rest of Central America, more punctuality is expected, so if it will be delayed, for example 10 minutes, a very good explanation must be given. This same kind of rigidity is put into practice at the time of negotiation. Lisa Juan José Gutiérrez Mayorga points out that Guatemalan businessmen are formal and although they may seem friendly, they will not do business if it is not before having a long history of the supplier company, making sure of the “business curriculum”.

While a conversation is taking place, it is important to maintain eye contact, avoid making effusive displays of affection -unless they are people who are very close to them- and treat yourself while meeting a person.

In turn, “no” does not exist in the vocabulary of Guatemalans , so when they are ambiguous in a negotiation it can mean that they are rejecting the offer. They will always express themselves in good terms about a product or service offered.

Better positioned than the rest of the countries in Central America in terms of business climate and country brand, this nation has a historically stable system of government. An example of its strengths is that it is positioned as a country brand in 24th place globally ( Future Brand ‘s Country Brand Index ) and first in Latin America. It is in 4th place in the sub-ranking of Business Climate in the ranking of the best cities to do business in Latin America 2011, prepared by AméricaEconomía.

However, not everything is a paradise to form a company or establish businesses. It is required, at least, to carry out 12 procedures or formalities to open a business, as well as a minimum of 60 days to complete it completely.

Forget about making aggressive or intimidating comments. Costa Ricans may not respond directly, but the business is not progressing. It is better that everything is done in good manners, without ever humiliating the other.

It is advisable to start the dialogue by asking them about their interests and preferences, making known the points to be discussed from the beginning, clarifying the facts and putting specific data on the table. It is also essential to ask direct questions about the business -in which technical details are included- in order to focus the conversation and the business, and thus avoid generalities.

According to Gutiérrez Mayorga 72% of the negotiations are carried out with a traditional negotiation procedure, based on an inflated proposal in which double or half of what is actually expected is proposed. It is a subjective haggling, with few concrete facts, that is, a process more emotional than rational. This explains that according to the same studies, 61% of negotiation cases mix personal relationships with business. 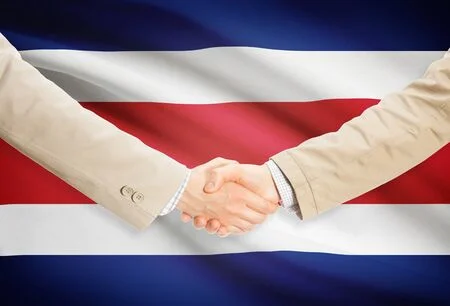 It is a small market, where imports are strong, business is carried out almost exclusively in the capital and the English language prevails when doing business. The Panamanian businessman is very involved in American culture, due to a past very close to the United States. In this way, it is advisable to present the documentation and write the commercial correspondence in English. If you have experience in the US market, the idea is to highlight it.

The complicated thing is that to form a business, you are asked to open a bank account, so there is the whole issue of control by the US prosecutor’s office. And this takes between 30 and 60 days.

Panamanians are open to diversifying market segments, relatively unknown or outside their specialty. This allows them to be open to hearing proposals from various businesses, since they have experience in import and export operations.

Neither a yes nor no will be heard from a Panamanian, because they are more likely to say “it is possible or “we will study it” , which are more polite ways of refusing a proposal. To hear a positive response, you must wait for the signing of the contract. Instances that may take some time, because they are people with whom you have to establish personal relationships, because the pace of negotiation is slow.

Within the negotiation process, meetings are held, where punctuality is a flexible matter . Usually you tend to wait up to 30 minutes. As an example of this kind of meeting situation to agree on issues, the most common business meal is lunch, which is held after 12:00. Dinner is from 8:00 p.m. Both usually end with a table talk and a drink in the same restaurant where the meeting took place.